‘We are tired of people asking us about target prices’

In November, Lee cut his price target from $25,000 to $15,000. A key driver for the revision was bitcoin’s “break-even” point, the level at which mining costs match the trading price.

Bitcoin is closing out a miserable trading year. The cryptocurrency is down 75 percent since January, trading near $3,324 on Thursday, according to data from CoinDesk. From its high near $20,000 in December, the cryptocurrency has lost more than 82 percent of its value. 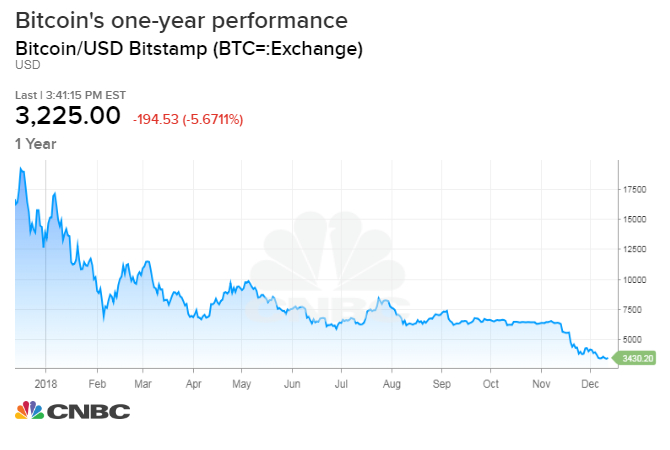 For bitcoin to stage a price rebound, Lee said user adoption needs to increase, and it needs to be embraced as a real asset class.

But looking out longer term, if the amount of bitcoin users approached even 7 percent of Visa’s total 4.5 billion currently, Lee’s regression model would place fair value at $150,000 per bitcoin.

“Hence, the risk/reward is still strong,” Lee said. “Given the steep discounts of [bitcoin] to our fair value models, the excessive bearish sentiment about fundamentals does not seem warranted.”

Pelosi and Mnuchin have been chatting on the phone, possible indicator that there’s a debt-limit issue

Here’s how investors can save the world, one dollar at a time

Premiere Pro CC 2019 may be damaging some MacBook Pro speakers