Conservation: Watch these baby turtles get their first taste of the sea 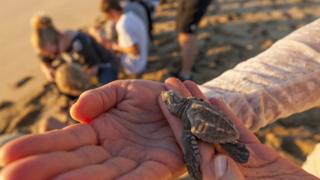 More than 10,000 baby turtles have been released into the sea off the Indonesian island of Bali.

Conservation groups carried crates full of dozens of tiny Olive Ridley turtles to the island’s Gianyar beach and encouraged local people and volunteers to line up on the sand and release the hatchlings together.

Tropical Storm Beta to cause flooding in Texas, Louisiana

It’s all part of the conservationists’ attempts to boost the population of a vulnerable species and promote environmental protection. 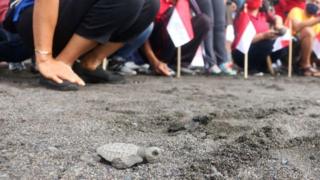 Flavianus Erwin Putranto, a conservation volunteer, said turtle eggs were appearing in fewer places on Bali than before, but programmes to help protect them were seeing success.

“We are able to collect and save them. Hopefully we can hatch more turtles and release them back into the ocean,” he said.

What kind of turtles are they?

These Olive Ridley turtles are some of the common sea turtles on the island, but are still considered vulnerable because there are few places in which they will nest.

The turtles should typically weigh between 34-50 kg as an adult and grow to 60-70cm long.

Sea turtle populations have declined in recent years due to hunting, over-harvesting of their eggs by hunters, loss of beach nesting sites, and the turtles becoming caught in fishing gear.

However many countries have noted that the number of sea turtles, are currently on the rise – partly due to the impact of lockdown. 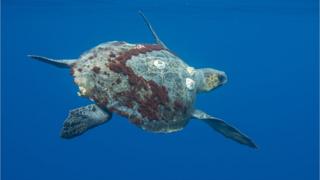 Because there have been fewer people visiting beaches, there’s been less disruption to the reptiles and there’s also a lot less waste being left behind by humans.

Agus Budi Santoso, head of the Bali Natural Resources and Conservation Center, has recommended creating a “green zone” of beaches.

This would mean there would be space set aside for turtles to lay eggs safely, away from hotels and construction sites.

TikTok: For you, it’s fun, but for Trump and lawmakers, it’s a security threat

Tesla’s key level after Battery Day disappointment, according to trader

Is a tailor-made HVAC system the key to creating ideal cannabis growing conditions?